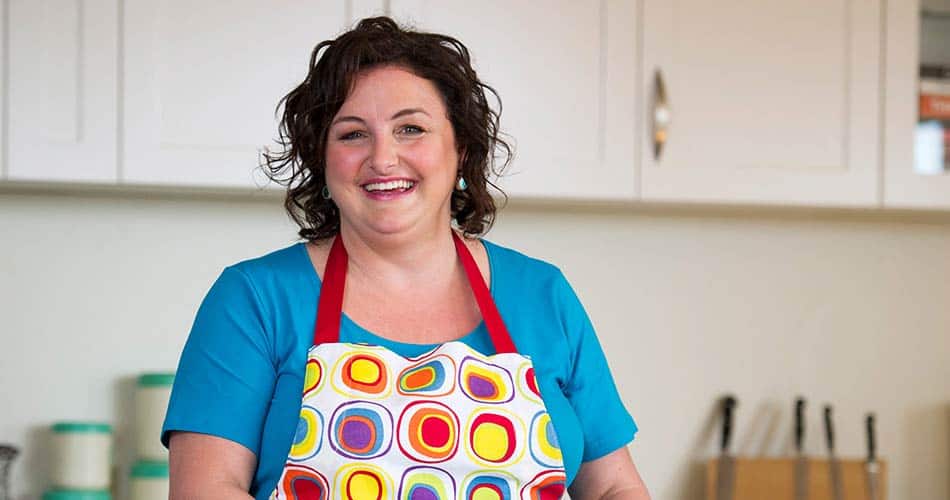 I got a little surprise this morning when I got home and read the paper!!

I was approached by the great people at Oxfam to do a story about the launch of the Grow campaign in the Sunday Telegraph. Naturally, as their ambassador, I agreed. A phone interview with the journalist and a photo shoot was lined up.

At the very end of the phone interview, a bit of a “oh by the way before i go” bombshell question was dropped – was I doing personal training with the Commando?

Well that threw me a bit, I thought it was an article about Oxfam? So i kind of stammered a bit about doing some exercise, with a CC Mariners player (who was quite pleased to be mistaken for the Commando and is considering buying himself some dark sunnies). I did point out that it’s not a weight loss attempt, just a part of my life and commitment to being an active healthy person. Plus, it allows me to actually eat some of what I cook without gaining weight either.

The next request was for the photo shoot to be with me exercising…uh…no, it’s meant to be an article about charity??? Plus, and trust me on this, NOBODY wants to see me exercising. Nobody.

The article didn’t run as scheduled. I was asked for another interview which I declined because I didn’t want the charity article hijacked by some story about my weight – which in the scheme of things is so banal and unimportant as to be laughable in the face of the shocking famines facing millions of people at THIS VERY MINUTE.

And this morning, there it is. I don’t know how the paper found out that I had been approached by Jenny Craig. Neither my management nor I have ever disclosed that. And I certainly don’t know how they came up with those figures – negotiation stage was never reached. I would never disrespect Jenny Craig and the work they do, nor would I ever criticise anyone for taking control of their weight in this way. It just isn’t for me.

At the end of the day, if talking about my attitude to weight gets the Oxfam story on page 3 of the Sunday Tele, I am not going to complain about it. It’s a good result for the charity and I hope it raises some awareness of the food injustice issues facing so many of our fellow human beings. There’s a beautiful editorial too, which I am very grateful for.

I’ll be on the Today show tomorrow at 8am to talk about it further. Thanks to all who have been truly beautiful and supportive this morning. It is such a blessing to feel that supported.

What a storm in a teacup! Think I’ll have a cupcake with that…