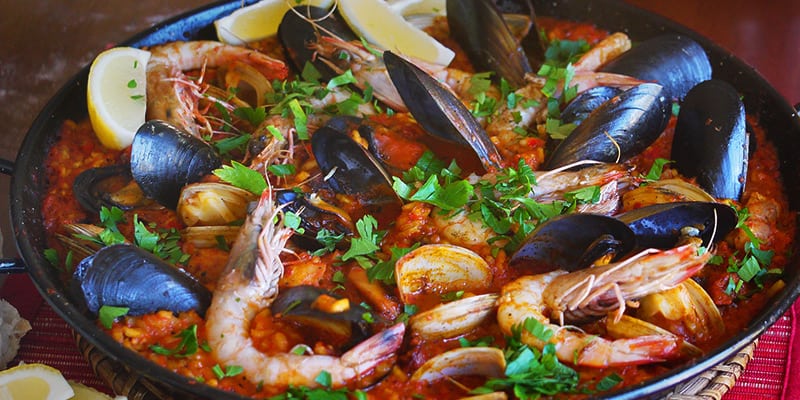 • Paella | this is great dish to serve up at any time – straight to the dining table in the pan, drizzled with a little olive oil, and scattered with parsley and lemon wedges. It’s also lovely with some crusty baguette.

1. Heat a paella pan or a large, shallow chef’s pan or frypan over medium-high heat. Cook the chorizo slices for a minute each side or until golden brown. Remove to a bowl, leaving any oil they released in the pan.

2. Saute the chicken for 2-3 minutes or until golden. It will cook further in the stock later on, it’s just important to brown at this stage not necessarily cook all the way through. Remove to the bowl with the chorizo.

3. If there is some oil left in the pan from the chorizo and chicken, leave it there to sauté the prawns. If not, add a little of the olive oil. Saute the prawns briefly until slightly golden and just cooked through. Remove from the pan.

4. In a medium saucepan over medium-high heat, bring the chicken stock to the boil with the saffron added. Once boiling, reduce the heat to a very low simmer.

5. Place the tomatoes, onion, capsicum and garlic in a food processor and puree until smooth. This is called the Soffrito which is the flavour base for the paella. Add the olive oil to the pan and then the soffrito. Stir until most of the moisture has evaporated. This will take about five minutes. The mixture will start to crackle and become more paste-like when it is ready. Add the paprika and stir for a further minute. Add the rice and stir to coat with the soffrito.

6. Pour in about a third of the stock and stir to mix everything together. Add the chicken and chorizo and distribute evenly in the pan. Pour in the rest of the stock and reduce the heat to very low. Nestle the vongole and mussels, hinge-side down, into the rice. Cook for around 40 minutes on low heat. Don’t stir it, and move the pan around on the element to make sure there is even heat distribution. (This is where doing it on a barbecue can be really handy.) As time goes by, the rice absorbs the liquid, the shellfish open and a crust should form on the bottom and around the sides of the pan. The dish is ready when the rice is cooked through.

7. Arrange the prawns around the pan and cover with foil. Remove from the heat and rest for a few minutes, covered.

8. Serve to the table in the pan, drizzled with a little olive oil, and scattered with parsley and lemon wedges. It’s lovely with some crusty baguette too. 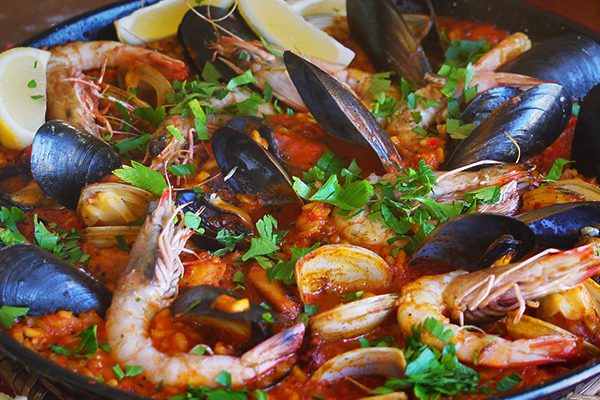 Julie | Fish & Seafood, Recipes | No Comments
Serves 4 Prep time | 30 minutes Cooking time | 1 hour • Paella | this is great dish to serve up at any time - straight to the dining table in the pan,… 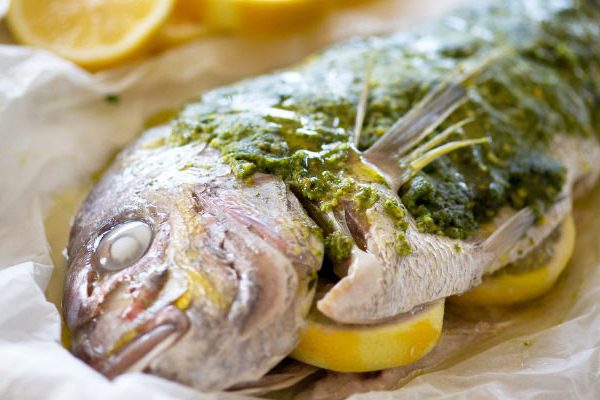 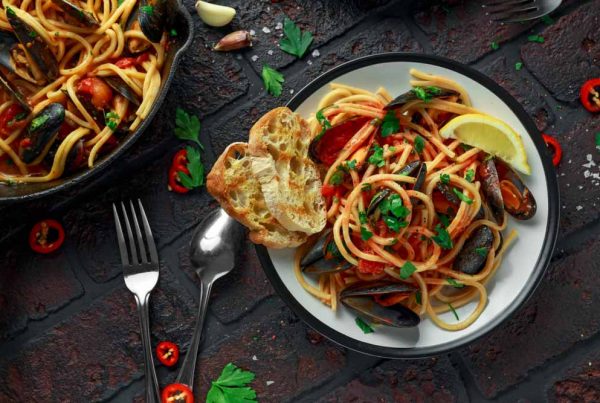 Spaghetti with mussels and chilli 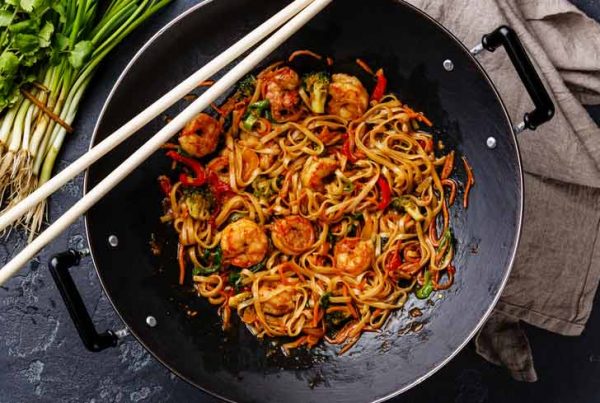