By JulieJanuary 10, 2022Chicken, Recipes
No Comments 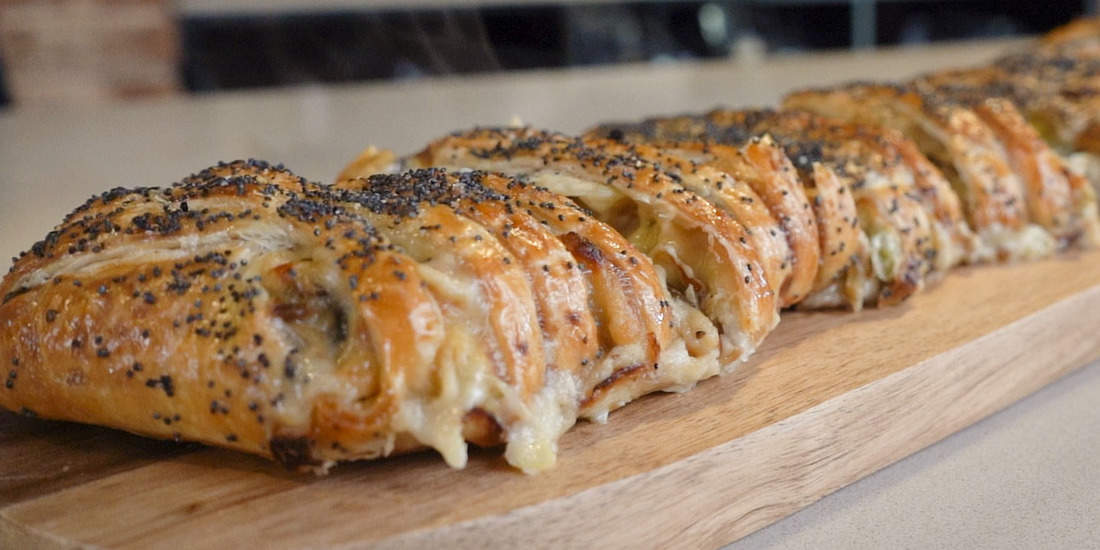 Chicken and Cheese Strudel | My chicken and cheese strudel makes for a beautiful centrepiece for your next family dinner and better yet, it’s nice and simple to make.

2. Heat one teaspoon of the oil in a large, heavy-based frypan and brown half of the chicken. Remove to a bowl and repeat with another teaspoon of oil and the remaining chicken.  (It only needs to have some golden colour, not be cooked all the way through at this stage.)

3. Heat the remaining oil in the pan and sauté the mushrooms and garlic until the garlic is fragrant and translucent, and the mushrooms have gone a light golden colour.  (They will release liquid as they cook, continue to cook until this liquid evaporates.

4. Return the chicken to the pan and sprinkle flour over the top.  Stir to coat the chicken.  Add the milk a quarter of a cup at a time, allowing the sauce to cook and thicken in between each addition.  When all the milk is added, bring the sauce to a simmer and add the mustard, salt, pepper and 2/3 of the cheese.  Simmer for a few minutes or until the chicken is cooked through.  Remove to a bowl and allow to cool.

5. Place two sheets of puff pastry on a sheet of baking paper on a large cutting board. Brush 1cm of the edge of one sheet with a little egg, and overlap the other sheet over it. Press to join the sheets together into a large rectangle. Turn the rectangle so it is vertical on the bench. Using the back of a butter knife or a skewer, make faint lines on the pastry dividing it into equal thirds. Cut off the top two corners to form a point. At the base, cut a square out of the left and right thirds of the pastry. It should now resemble the shape of a big straight Christmas tree.

6. Make incisions about 1.5cm apart, following the line of the upper point of the pastry, starting at the middle third line and going to the edge.  Once cut, lift the baking paper onto a large baking tray.

7. Place the cooled chicken mixture along the middle third of the pastry, stopping short of the pointy and square-cut end.  Sprinkle with the sliced shallots and the remaining cheese. 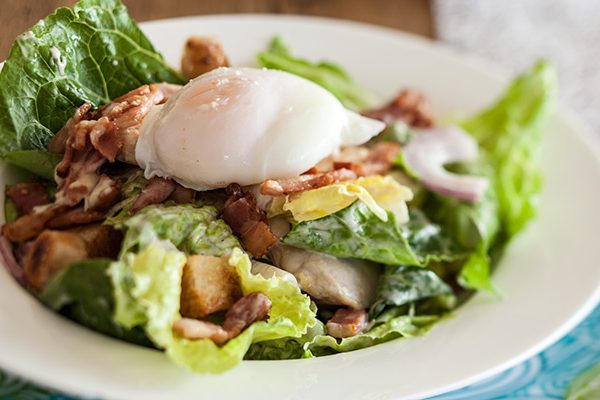 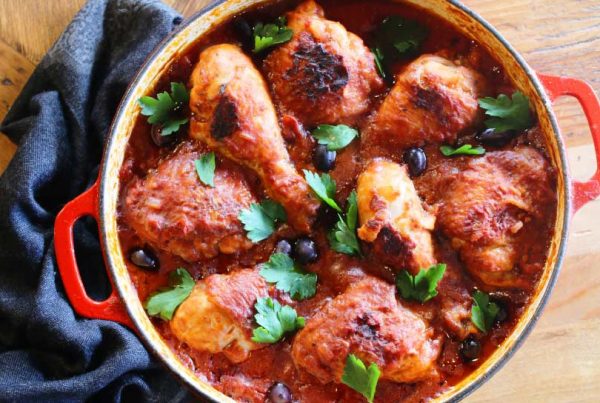 Julie | Chicken, Recipes | One Comment
Serves 4 Prep time | 15 minutes Cooking time | 35 minutes • Chicken Cacciatore is such a delicious dish, it’s hard to believe how economical it is.  I picked up my chicken Marylands for… 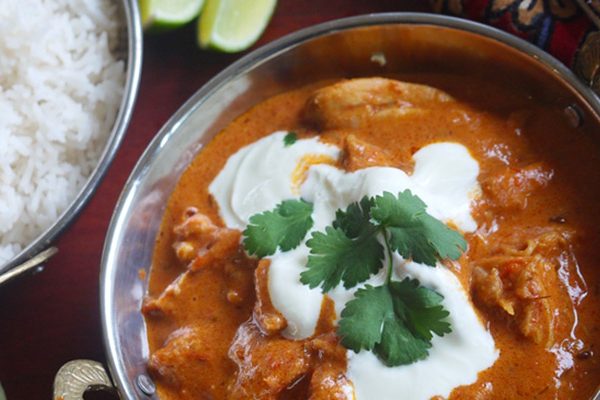 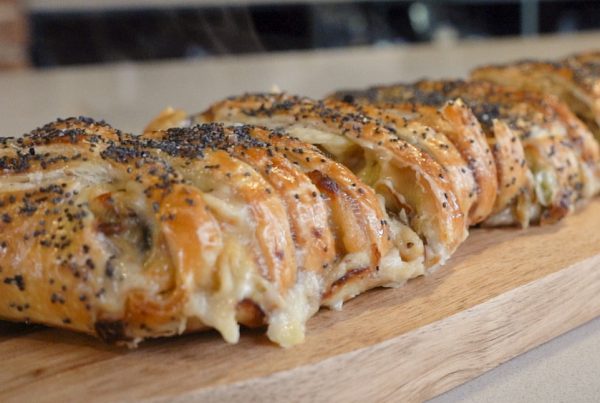 Julie | Chicken, Recipes | No Comments
Serves 6 Prep time | 15 minutes Cooking time | 40 minutes Chicken and Cheese Strudel | My chicken and cheese strudel makes for a beautiful centrepiece for your next family dinner and…